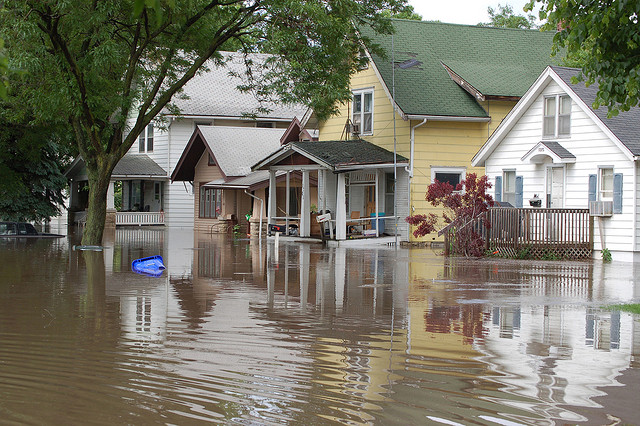 With high waters and strong winds touching areas of Phoenix, AZ, it provides a good platform to talk about flood insurance and its common misconceptions among homeowners. Not until it is too late do homeowners discover that their standard homeowners’ insurance doesn’t cover flooding. Here’s what you need to know to keep that from happening to you.

While many homeowners can say that they’ve never owned flood insurance, and they’ve also never run into any complications as a result of not having it, others can’t say the same. Even for residents who don’t live anywhere near the coast or in a flooding zone, flooding can still be a huge problem. Think about the fact that more than half of the homes involved in major damage from Hurricane Katrina weren’t in a flooding zone. You can’t always rely on zoning to determine coverage. Only 20% of American homes who are at risk for flooding are covered by the proper insurance.

The worst part is, you can’t really fight your insurance company regarding any flood damage if you don’t have flood insurance- its a separate entity altogether. Which leads into our second misconception about this type of insurance.

Check your policy right now if you haven’t done so in a while. Thirty-three percent of U.S. homeowners are still under the impression that flood damage is covered by a standard home insurance policy, according to the National Association of Insurance Commissioners. Now didn’t we already say that flooding insurance was a separate entity altogether? Why are we repeating the same thing? Because when it comes to flooding, and many other home damages, insurance is a very gray area.

Your policy can cover water damage. That can be from a leaking roof, a busted pipe, or rain water entering from a broken window. But this coverage is not always the easiest to understand. Mother Nature caused the damage? You’re more likely to get the claim payout you want in this scenario than if an insurance claim adjuster can point to any sign of you not maintaining your home.

Flood insurance is important, but you have to know what you’re getting into as a homeowner. The policy, or lack thereof, can be a pothole of complications, especially the many ambiguities that exist within your different insurance policies. Know your policy, know what you’re owed.